It has been seventeen months since my mom was diagnosed with a glioblastoma, and had surgery to remove the tumor and part of her left frontal lobe. This week, I took her for her most recent checkup – a two-day process that involves labs, an MRI, and a meeting with her multidisciplinary team at the Mayo Clinic. Before that, I brought her to Tallahassee to show her the house and talk to her about Where We Go From Here.

She did much better than I expected at my house. But “better than expected” doesn’t mean much when I had set my expectations at ground level. She was able to get around, slowly, and even made it upstairs in the big house to see the bedrooms. We talked about moving her over to Tallahassee at the end of the year, and hiring in-home caregivers to help her establish and maintain a routine. Her current typical day involves eating three meals and watching three movies (read: probably taking three naps) at the facility’s theater. As a result, her physical abilities have diminished and she has lost interest in things she used to love. She hasn’t even watched a Jaguars game this year. A Jaguars game, people.

Adjusting to mom’s new normal has been harder for me than for her. I remember her before she was sick. She doesn’t have any visible scars – no amputated limb, no braces or wheelchair – to remind me that she is irrevocably different now. At 17 months out from surgery, she has probably made most of the cognitive recovery she is going to make, and where we are now is…. well, it is what it is.

She asks me constantly, like a toddler, what time things will occur. “When is my MRI?” “When do we need to leave?” “When do you want to eat?” It’s almost funny, except she has no concept of time or schedule. If I tell her we need to leave at 6:15, there is a zero percent chance she will be ready at 6:15. She kind of drifts through time like a manatee, and cannot fathom why other people find it aggravating.

When you or I are interrupted, we devote a portion of our mind to the interruption. Let’s say I’m cooking and Hazel asks for a snack. I wait for a break in the recipe process, get her a snack, and get back to work. When my mom is interrupted, it’s like a record skips and time starts over. For example, Saturday night we were at dinner, discussing plans for Sunday. I told mom that we’d come have breakfast with her and then I’d drive her to church.

I waited for her to hang up, then asked who had called. “It was my friend. She offered to take me to church tomorrow. Isn’t that nice?” When I pointed out that we had just talked about this, she seemed baffled. The interruption – the sound of a ringing phone – created a clean break in her mind. This makes it difficult for her to go out, because the world is filled with interruptions, creating fragments of time that overwhelm her.

She also tends to get ideas stuck in her head, and once lodged there, they are impossible to remove. When the doctors arrived for our meeting on Thursday morning, her first question was, “Has the bleeding in my brain stopped?”

In the car on the way home, her pastor called her. She told him the bleed in her brain had stopped.

Several weeks ago, she got a bad cold. I asked if she was taking anything for it.

“I can’t take cold medicine,” she informed me.

“When did they tell you that?”

“They tell me all the time.”

This is simply not true. She’s had someone with her for almost every doctor’s appointment over the last year, and no doctor has ever said anything like that. But she’s got it in her head that she can’t take cold medicine, and so she suffers through colds.

Most of her convictions are relatively harmless, but the one area where we continue to struggle is her car. She demanded to have it at her assisted living facility, and she drives it several times a week.

Her neuro-oncologist told her six months ago not to drive unless it was an absolute emergency – like if the building was on fire.

She continued driving – to the grocery store, choir practice, the bank.

Her new neurologist and oncologist told her Thursday morning that she was not to drive under any circumstances, ever. Period.

Guess who drove herself to choir practice after dark on Thursday night?

Sigh. It appears I am now tasked with prying the car keys from her fingers. I remember mom having to do the same thing with her own mother, and how much tension it caused between them. I hate to be the bad guy. I feel like so much has already been taken from her, mostly by circumstances beyond anyone’s control. She had to leave her home of 30 years. She gave up a lot of her volunteer work. Her once-packed social life has withered to almost nothing. Her car is one of the last vestiges of her old life, and she clings to it.

It doesn’t change the fact that she shouldn’t be driving.

It’s a good thing I get so much practice enduring tantrums. Time to dust off my Mom voice.

In July, we bought this fixer-upper: 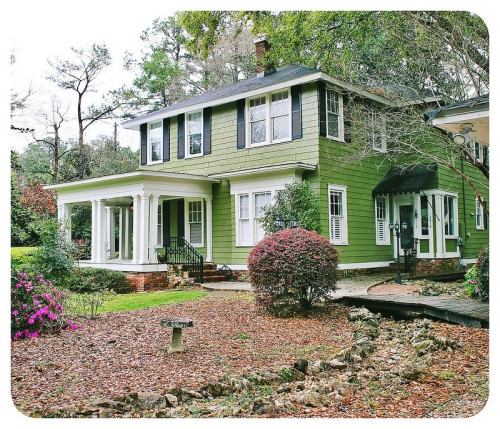 After 3 months and a substantial number of renovation dollars, I present…..

That’s right, almost all our renovation dollars were spent on stuff you can’t see! Psychologically speaking, this was a terrible decision! We should have just lit a pile of money on fire in the front yard!

Here’s a breakdown of where the dollars went:

Fear not! It appears the hard part is over. We’ve unpacked most of our boxes and are gearing up to paint. We’re going to start with our own room. The kids are miffed, but HEY, they don’t pay the mortgage.

Jason asked for a blue room, so I picked three shades to test:

And that’s marriage in a nutshell.